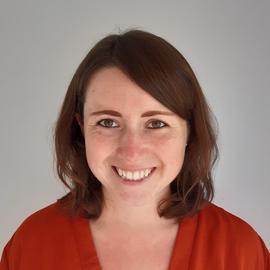 Jo is a Postdoc in the Social Decision Neuroscience Lab with Dr Patricia Lockwood at the University of Birmingham. Her research uses techniques from neuroscience and physiology to understand prosocial decisions and charitable giving. Jo is interested in why people are prosocial, which situations make people more prosocial, and how prosocial decisions change across the lifespan. You can read more about these topics on Psychology Today. 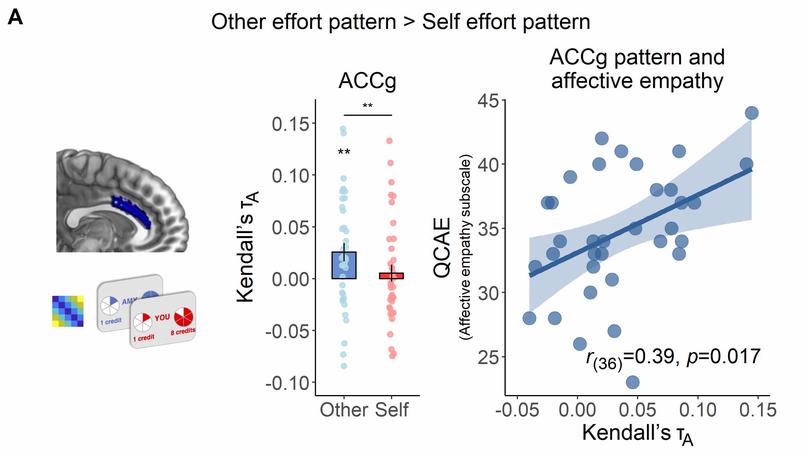 Prosocial behaviors—actions that benefit others—are central to individual and societal well-being. Although the mechanisms underlying the financial and moral costs of prosocial behaviors are increasingly understood, this work has often ignored a key influence on behavior: effort. Many prosocial acts are effortful, and people are averse to the costs of exerting them. However, how the brain encodes effort costs when actions benefit others is unknown. During fMRI, participants completed a decision-making task where they chose in each trial whether to “work” and exert force (30%–70% of maximum grip strength) or “rest” (no effort) for rewards (2–10 credits). Crucially, on separate trials, they made these decisions either to benefit another person or themselves. We used a combination of multivariate representational similarity analysis and model-based univariate analysis to reveal how the costs of prosocial and self-benefiting efforts are processed. Strikingly, we identified a unique neural signature of effort in the anterior cingulate gyrus (ACCg) for prosocial acts, both when choosing to help others and when exerting force to benefit them. This pattern was absent for self-benefiting behaviors. Moreover, stronger, specific representations of prosocial effort in the ACCg were linked to higher levels of empathy and higher subsequent exerted force to benefit others. In contrast, the ventral tegmental area and ventral insula represented value preferentially when choosing for oneself and not for prosocial acts. These findings advance our understanding of the neural mechanisms of prosocial behavior, highlighting the critical role that effort has in the brain circuits that guide helping others. 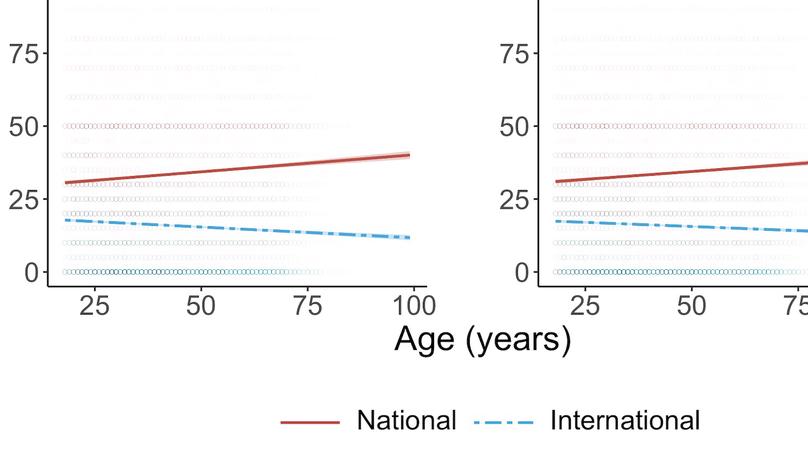 Population aging is a global phenomenon with substantial implications across society1,2. Prosocial behaviors—actions that benefit others—promote mental and physical health across the lifespan3,4 and can save lives during the COVID-19 pandemic. We examined whether age predicts prosociality in a preregistered global study (46,576 people aged 18–99 across 67 countries) using two acutely relevant measures: distancing during COVID-19 and willingness to donate to hypothetical charities. Age positively predicted prosociality on both measures, with increased distancing and donations among older adults. However, older adults were more in-group focused than younger adults in choosing who to help, making larger donations to national over international charities and reporting increased in-group preferences. In-group preferences helped explain greater national over international donations. Results were robust to several control analyses and internal replication. Our findings have vital implications for predicting the social and economic impacts of aging populations, increasing compliance with public health measures and encouraging charitable donations.